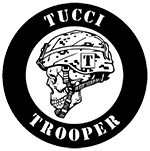 LAST CHANCE TO PLEDGE AS THE SHI: OMNIBUS LAUNCHES TOMORROW!

A Message from Billy Tucci:

What can I say, but THANK YOU for such an amazing campaign! All expectations have been shattered (in a great way) as Shi: Haiyko, the sequel to Return of the Warrior #NoFanLeftBehind campaign has managed to eclipse her predecessor by $30,000.00 in half the time.

We have had a major deluge of orders these final weeks and have begun fulfilling them. Everyone, please be on the lookout for your CrowdOx Survey. I know you already took the IGG survey, but CrowdOx is a crucial organizational partner to Deborah and if you fill it out we’ll be able to get your order out much, much faster. I also have a few commissions to complete and they will be done within the next two weeks. Thank you for your patience in that matter.

As one chapter of Shi-story closes, yet another opens and it’s a big one! Tuesday we will launch the 488-page Shi: Omnibus Edition Vol. 1 Indiegogo Exclusive while Wednesday, will see the Kickstarter Exclusive launch. This book is a massive undertaking that relives and captures the literal birth of Ana Ishikawa/Shi and her story’s beginning. The book will be a full-color, premium formatted hardcover edition and I couldn’t be prouder of the final result.

That’s right, the book is done! Having our books complete upon launch is going to be Crusade Comics’ publishing policy going forward. This will ensure an even faster printing turnaround and fulfillment as we begin to produce and ship books on a quarterly basis. The sequel to Shi: Haikyo, (and the final act of the Return of the Warrior Trilogy), Shi: Sakura launches this October. Early 2022 will see Zombie-Sama 2: Dorm of the Dead (John Broglia has actually completed both Z2 and Z3). Again, our plan is for all new Crusade graphic novels to be complete before we launch, and Deborah and I want you to know that YOUR CONTRIBUTION is what has made this a reality.

So please sign up for the Omnibus Pre-Launch Page and follow for all the latest updates and launch time information. You can do so here:

As always, we appreciate your amazing partnership and support. The future is bright, new projects are coming your way and we are all, #ShiStrong

Billy Tucci is an award-winning cartoonist best known for his modern-day samurai fable which began with Shi: The Way of the Warrior in 1994. Since then, though his company, Crusade Fine Arts, Shi has been printed in five languages and sold more than 3 million comic books. In addition to his own creations, he was worked extensively for DC Comics such characters as Harley Quinn, Batman, Superman and Flash. His graphic novel, Sgt. Rock: The Lost Battalion, won acclaim for its depiction of the highly decorated, real-life 442nd Regimental Combat Team, which was comprised of Japanese-American troops not permitted to serve in the Pacific theater. His earnest retelling of the Christmas story in A Child Is Born has quietly turned into an international blockbuster. It won the Christian Small Publisher Book of the Year Award.  He recently released Shi: Return of the Warrior, Shi: Haikyo and Zombie-Sama via Kickstarter and Indiegogo, and Appalachian Apocalypse through Cave Pictures Publishing.